Make Sure Your Attic is Baffled, & Not You. 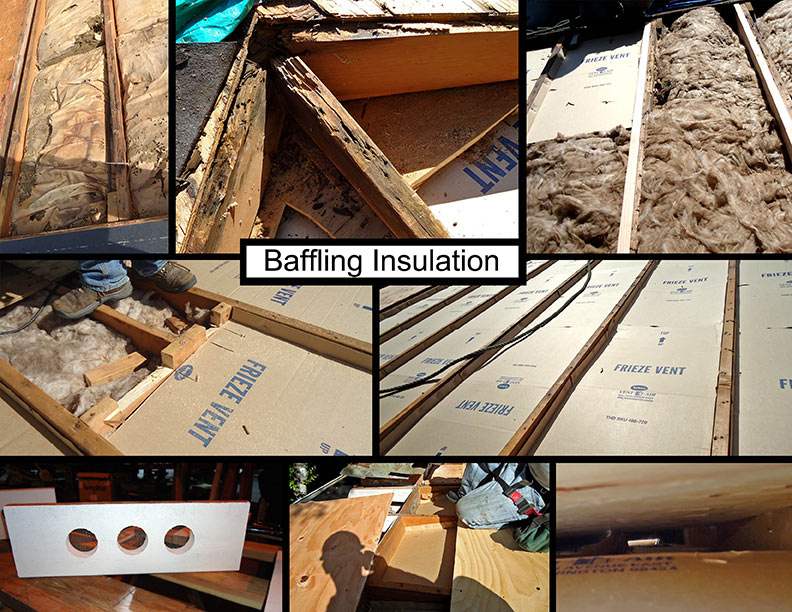 Proper attic ventilation is essential to the preservation of the roofing materials and roof sheathing. In the past, gable vents and static roof vents were the norm. In modern construction a combination of soffit vents and ridge vents are considered much more effective, and without being baffled, the insulation has a tendency to render your properly vented roof system useless.

The older gable vents (or cross ventilation) require outside influence to create airflow through the attic. Also, because the gable vents are typically installed about the mid-point of the attic, hot air is trapped at the apex of the attic. Static roof vents (or box vents) allow some hot air to escape, but like gable vents, allow hot air to be trapped under the roof ridge.

Ridge vents and soffit vents create airflow by utilizing thermal convection. The hot air rises and escapes through the ridge vents. This creates an area of negative air pressure, which pulls air into the attic from the soffit vents. The air is drawn directly across the roof sheathing, bringing it closer to the outside temperature. Problems with this system arise when the soffit vents are blocked, and the flow of air is impeded, usually by attic insulation. The problem is solved by installing insulation baffles, which are essentially a tube through the attic insulation, through which air can freely flow.