One Man, Many Talents. 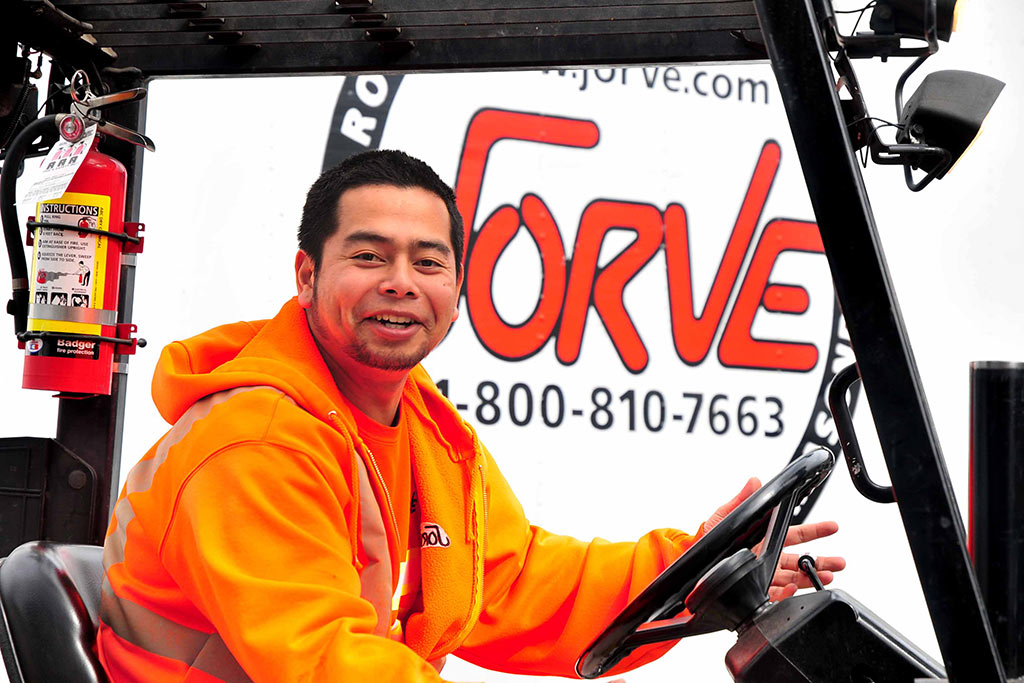 That young man on the forklift is Jorve’s official Jack-of-all-trades: Ieng Uth. When asked what his position at Jorve is, Ieng replied, “That depends on what hat I’m wearing.”  A regular renaissance man, Ieng also studies Network Communications Management at Devry University; which means that at one moment he may be solving a mechanical problem on one of our trucks, then he’s on the forklift unloading a fresh batch of shingles, and back inside to help out with a computer problem.

When it comes to hobbies, Ieng loves the outdoors — whether that means being out on the beach for a long walk or with a shovel in hand to dig up some clams! With eight years strong at Jorve, we’d like to say thanks for contributing so many valuable skills to the team– Ieng, you are the man!